Why your wealth is more than just money 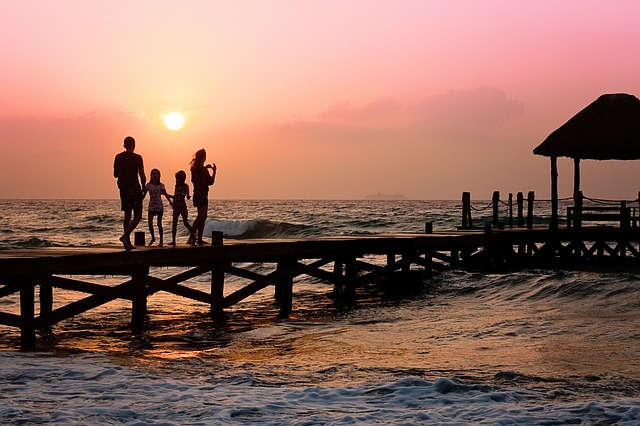 If you’ve ever found yourself questioning the old adage that money can’t buy you happiness, you’re not alone. It’s hard to deny that money really does make life a lot easier ― but only to a certain point. One look at the tabloid magazines ― featuring tales of Hollywood celebrity breakdowns ― is enough to remind us that being rich does not necessarily lead to a happy life.

It’s important to recognise that personal wealth goes beyond just money. It’s about filling our lives with more of the good stuff, and cutting down on all those things we have to do but don’t enjoy. So if you’re ready to grow your personal wealth but don’t know where to start, here’s some things to consider.

Surprisingly, economists often include the concept of wellbeing when they talk about wealth, because numbers and statistics can only go so far in measuring overall prosperity. A few years ago, the Australian Government released a Wellbeing Framework designed to help them decide how to spend the yearly budget. While the document itself makes for pretty dry reading, it does explain why wellbeing ― defined as having the freedom to live the life you want to lead ―needs to be considered any time we think about wealth.

For individuals, that means thinking about all those aspects of life which we value, like health, family, lifestyle, job satisfaction and happiness. Because those are the things which increase our sense of wellbeing. Being wealthy means having more of those things ― not sacrificing them in order to reach a monetary goal.

Find the balance between feeling happy, building your wealth, and working toward a state of financial freedom

Anyone who’s ever worked in a job they couldn’t stand will know that money is not always what matters. How many of us would be willing to take a lower paying job if it gave us a greater sense of fulfilment, more time to spend with our kids or more freedom to travel?

Like work, our wealth depends on our ability to create a sense of independence (what we call financial freedom). It’s not necessarily a tradeoff with career progression; it just means finding that point of balance whereby you can afford the things you value in life, without having to stress about where each dollar is coming from. Financial freedom also means smart management of your wealth so it’s sustainable ― not just for you, but for your family.

Just look at Jason Spiegel as an example of financial freedom. As the savvy entrepreneur behind the app Snapchat, Spiegel famously turned down a $US3 billion offer from Facebook to buy his startup. Why did he reject the big break? Because coming from a wealthy family meant that he already had enough money. One thing that couldn’t buy him was the joy he gained from running his own company. Few of us are already multi-millionaires like Spiegel obviously, but his actions do go to show that you can’t always put a price on wealth.

What do you need to be ‘wealthy?’

Not everyone finds it easy to identify what they want in life. That’s why a financial adviser can help you clarify and prioritise your goals and help build the roadmap and make a plan that’s much more clear. We understand that there’s no right way to define wealth ― it comes down to all the factors which make your life better.

For instance, some of our clients think of wealth as:

A good financial planner will work with you to set realistic goals tailored to your own individual wants and needs ― not just the ones they think you should have, or ones based on other people’s values.

No matter what stage you’re at on the path to financial freedom, there are things you can be doing today to grow, manage and sustain your wealth for the future. At GCA Financial, we can coach you through the journey and ensure you live a life rich with the things that matter most. After all, in the words of historical wordsmith Ayn Rand, “Money is only a tool. It will take you wherever you wish, but it will not replace you as the driver.”